Ronnie joined MPCT in April 2018 as Regional Operations Manager for the newly established North East region. Since the North East regional launched in July 2018 the region has expanded its geographical footprint encompassing MPC Manchester and MPCT Nottingham and is now known at MPCT North.

Prior to joining MPCT Ronnie worked as a team leader on the Army Instructor Training Accreditation Contract with the Colleges Partnership responsible for the management of a team of teaching development coordinators in the North of England and Brecon who were responsible for delivering of a range of qualifications to Military instructors including teaching qualifications L3 to Level 5, Coaching and Mentoring qualifications Level 3 to Level 5, and Assessment and Quality Assurance Level 3 and 4. Prior to that Ronnie worked as an Apprenticeship Coordinator with the Colleges Partnership at the Infantry Training Centre for 5 years delivering an Apprenticeship programme to Infantry recruits which consisted of a Level 2 Diploma in Uniformed Public Services, ERR, PLTS and Functional Skills Maths and English.

Ronnie has 24 years of Military experience having served as an Infantry soldier from the rank of Guardsman to Warrant Officer Class 1. He has an exemplary military record having been awarded the meritorious service medal (MSM) in 2011. Ronnie has worked as a military instructor at a number of training establishments since 1994 including, ITC Catterick, ATR Glencorse, ATR Bassingbourn and the Royal Military Academy Sandhurst as a Colour Sergeant Instructor. Ronnie finished the final 6 years of his Military career at the Infantry Training Centre as the Company Sergeant Major Guards Training Company from 2006-2008, Master Coach of the 2nd Infantry Training Battalion from 2008-2009 and Regimental Sergeant Major of the All Arms Drill Wing from 2009-2011. During his service Ronnie completed 4 operational tours of Northern Ireland including a 2 year tour as the Platoon Sergeant of the Close Observation Platoon. He also served in Operation Granby in 1991 and Operation Telic as Company Sergeant Major from 2004-2005.

Ronnie is and sports enthusiast and has competed in recent years for Great Britain in his age group Duathlon. In 2017 he won the Bronze Medal at the National Championships at Oulton Park in the Sprint Duathlon. In 2015 he represented Great Britain at the World Championships in Spain. In 2019 Ronnie completed Ironman Wales on his 50th birthday celebration and this is his greatest sporting achievement to date.

Beth is currently under the job title as Skills English and Maths tutor based at Liverpool and Manchester MPCT.

Before this role Beth had seven years experience in the professional performing arts industry where she has taught infants, children, young adults and adults. Beth thoroughly enjoyed this role as she could demonstrate her skills to others and observe first hand the positive impact physical education and performance can have on everyone.

Beth continues to teach at local performing arts school in merseyside where she teaches evening classes. Beth also gets the opportunity to showcase her students in performances around the UK and enter them in competitions.

In her own time Beth LOVE'S all aspects of fitness and she is currently training to enter her first body building competition under the fantastic teachings/training of Mark Hunt and Kathryn McGovern. 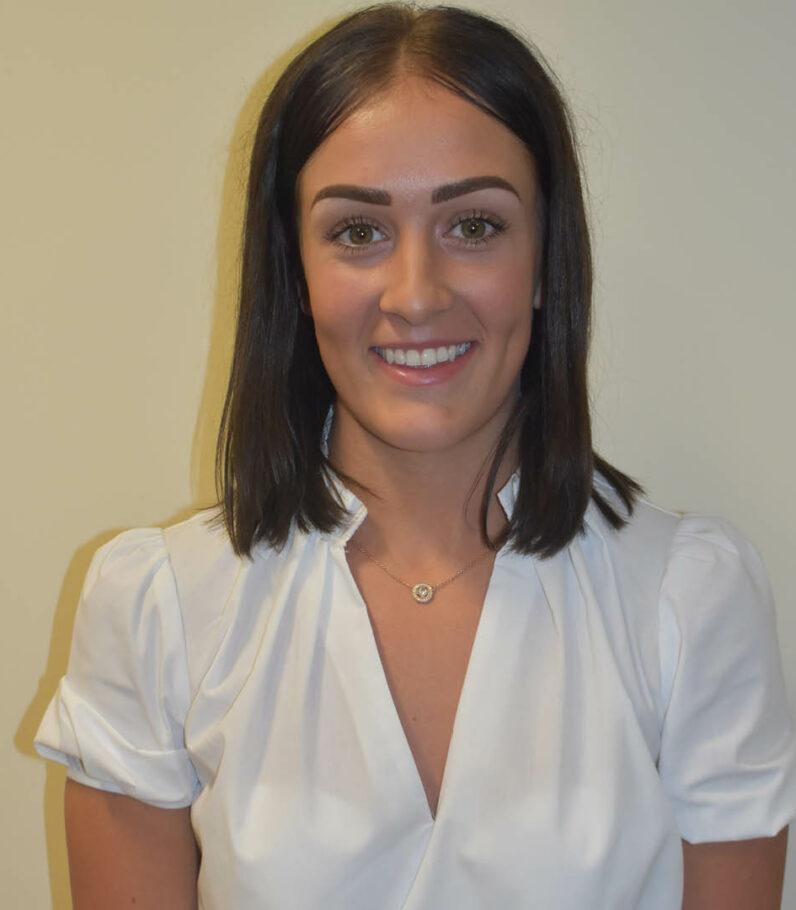 Gregg joined the 1st Bn The Royal Welsh Fusiliers as a Junior Leader in 1990. There. he was selected to be the Junior Sergeant Major before he was posted to join his Bn in 1991 at Berlin. Gregg was then posted back to the UK and had his first operational tour in 1994 in Northern Ireland.

Gregg has also been involved in all the regular tours from Bosnia to Iraq and Afghanistan as a rifle company soldier where he achieved good results on all his tactical courses achieving top student and distinctions. After serving 24 years, Gregg left the Bn as a WO2.

In 1994, Gregg married his wife, Diane, with whom he has 4 children; Sian, Jess, Callim, Bradley. Callim is currently a member of the 3rd Bn The Parachute Regiment and has been there since 2014.

Gregg's hobbies and interests are triathlon and duathlon and last year he completed 2 Ironman challenges for his local charity in Merseyside. 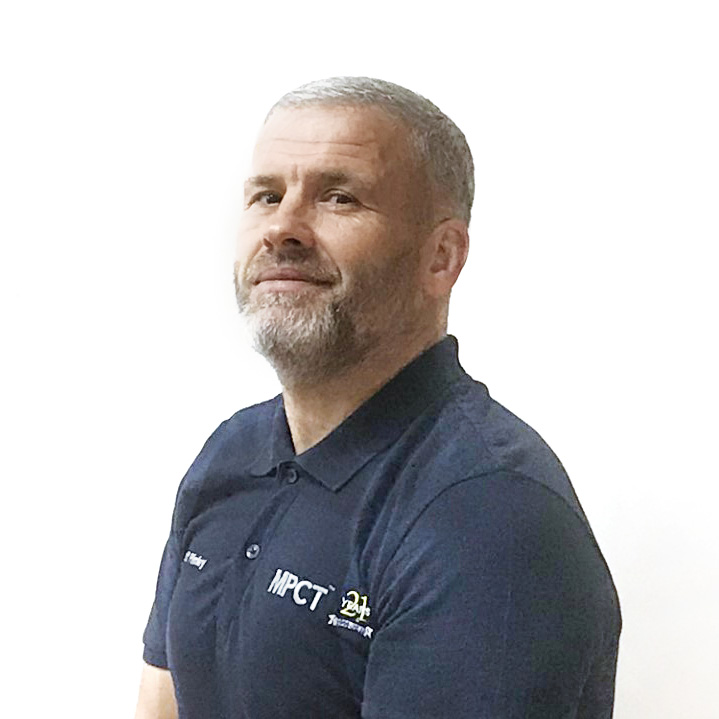 Ashley joined MPCT as a training instructor this month September 1st 2020 , he come to the company with military teaching qualifications and a level 3 in management.

Ashley joined the army in 2002 The 1st battalion the queens Lancashire regiment, which then became the duke of Lancaster’s regiment in June 2006, after completing his 12 years he thought it time to leave and try to find a new path in life.
While serving in the armed forces Ashley had the privilege of serving exercises around the world from, Canada, Kenya, America, many parts of Europe and also Cyprus, also he deployed to countless operational tours from afghan, Iraq and Africa.

In the army Ashley got to the rank of CPL but was acting sergeant for his company due to redundancy’s going ahead.
In his role Ashley had to look after and support 35+ men under his command , from administration to teaching of new tactics and weapon systems.
Ashley was one of 4 CPL’s to be chosen to teach on the battalion NCO cadre to make private soldiers in LCPL’s.

After leaving the military Ashley worked on the railway doing overhead power lines and gained a level 3 diploma in engineering.
Like the military you had to use on the job knowledge, knowing that the job could change and have to come up with a plan on the spot.

Ashley is currently married to Elaine a partner now of 7 years with a son of 4 who is just about to start primary school for the first time, they are also expecting another little boy in January of 2021. 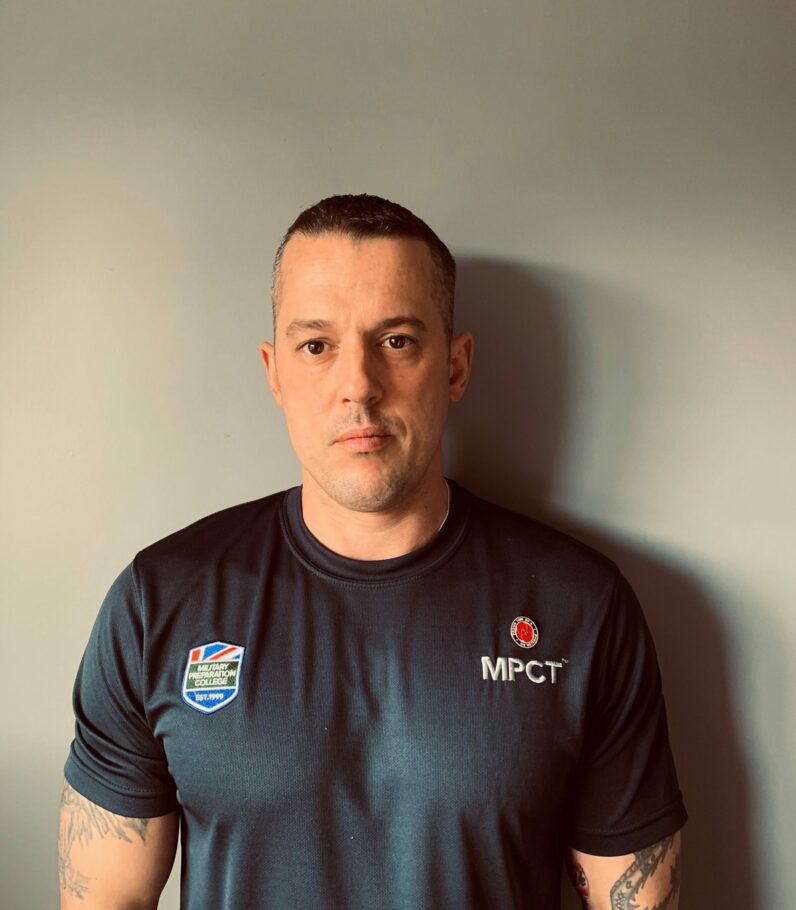 I previously served 5 years in the 1st Battalion Irish Guards. During this period of my life I had the honour of taking part in Her Majesty’s Birthday Parade, “The Trooping of the Colour”. When not on ceremonial duties, I spent time abroad in places such as Latvia, The Falklands and Thailand, developing my skills as an Infantry Soldier.

After hanging up my boots, I pursued my dream of travelling around America. Whilst there, I also worked in summer camps with young people. I made some amazing memories and really enjoyed the backpacking lifestyle.

Since returning to England, I have spent the past few years working in a residential children’s home for young people suffering with mental health issues. I have found this line of work to be very rewarding.

I play football as a hobby, which I do up to three times a week when time permits. At football, I enjoy playing in a centre-forward position and scoring goals into the top right-hand corner like a postage stamp.

I am looking forward to starting with MPCT and guiding the next generation onto an illustrious path in their chosen service.